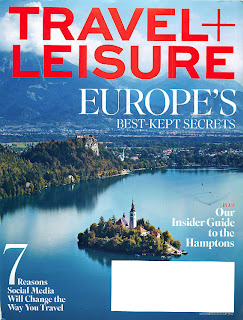 A number of our Challenge competitors have expressed interest in traveling abroad to participate in one of the overseas events.

There is no more picturesque spot than the town of Bled, featured on the front cover of this month’s Travel+Liesure magazine. Photographs from Bled have graced calendars for decades. It’s the venue for the World Rowing Championships, with a lake that is so pristine that the castle, high on the cliff overlooking the island makes for a nearly perfect reflection when no winds are blowing.

Last year’s event was held in the capital city, Ljubljana, where the airport is located. You’ll be pleasantly pleased to see a virtual replica of the Official Challenge Course, down to the carpets! Joe Triff set the bar pretty high when he competed in the open, tandem and relay events last year. This year’s event will start on Friday, September 21 and run for 3 days. It will be preceded by a week of other sports events for public safety

For the trip of a lifetime, consider making this one of your Challenge destinations for 2012. For all the details and to register by visiting the website: http://www.fcc-slovenia.si/

Igor Marjan is the point of contact for all questions; his email address is on the website. We’ll post additional information on other oversea’s events as the dates become fixed.
Posted by Paul O. Davis, Ph.D. at 6:28 AM No comments:

A Short Primer on Lower Back Pain Remedies 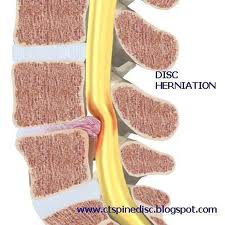 For the better part of my adult life I’ve enjoyed pain-free activities that have included a wide range of sports such as handball, tennis, skiing, running and cycling. So, when I started to develop chronic hip pain that was unresponsive to the usual intervention strategies, I was at a loss as to what remedy would make things better. So, I visited the sports medicine guys and the MRI machine. I was astounded when there before my very eyes- a L5 bulging disk that was intruding into the spinal channel. Bummer. But, at least it wasn’t cancer.

For over 40 years my strength-training regimen had included 20 reps of hip extensions on a Roman Chair with 70 pounds, I was pretty certain that the prophylactic value of this activity had prevented any number of musculoskeletal injuries along the way. But, time respects no man and my childhood scoliosis had ultimately made itself known. There was no one event that precipitated this outcome. it was, as they say, a degenerative disease. Man, I hate that one.

The treatment of the symptoms was immediately effective and well below any threshold of pain on a scale of 1-10. I barely felt anything as the physiatrist manipulated the needle to the point of pain and injected the cortisone.

Over the past two decades of the Scott Firefighter Combat Challenge, there have been any number of athletes who have succumbed to back injuries. Your core is hugely important in all of your lifting and carrying activities.  We know that strength is one of the most important dimensions of fitness in firefighting. Looking for some lesson that has some widespread applicability, don’t ignore pain. It rarely goes away on its own.

Modern day medicine has made huge gains in diagnostic technologies as evidenced by the fluoroscope picture of the needle in position. Can you imagine trying this procedure without seeing where you are? From my vantage point, if you’ve got chronic pain, take a proactive approach; you’ll be glad you did. 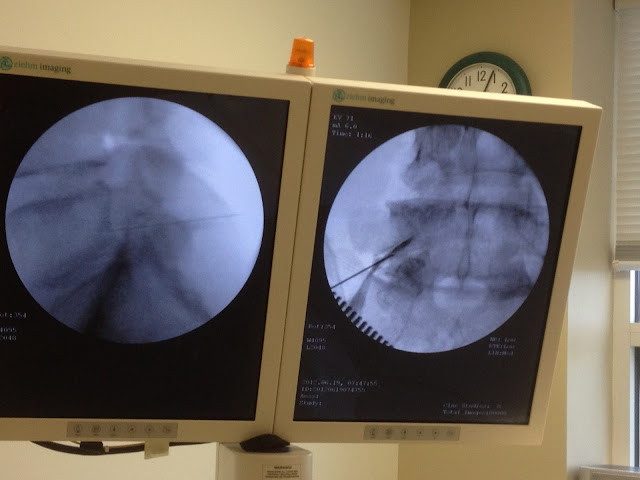 
The Relay event at the Mississippi State Firemen’s Convention took on a whole new twist when five guys decided to take a shot at competing a little over a week ago in Jackson. They made three clean runs, without penalties before getting knocked out. But the backstory is what’s mesmerizing. All of the crew, Mark McCormick, Donald Leonard, Steve Seal, Chris Banks and Tosh Hawke made an impromptu decision to put a team into the competition, running as rookies over the age of 40 and some older.

But what’s really incredible is the story that was told to me by Mark McCormick, a 20-year veteran ER nurse- about fellow team member Chris Banks. In December of 2004 while attending a training session in Meridian, Chris went into a cardiac arrest. This story was so intriguing that I followed up with a phone call to Chris. His fellow class members performed at least 18 minutes of CPR until definitive care could be started. He suffered additional arrests at the hospital and was in a coma for over a month.

This 16-year veteran, now a B/C has no recollection of the incident. In fact, when he awoke from the coma, his first thoughts were, “Where am I?” He did not recognize the people around him, could not talk or walk. All of his major life motor functions, including swallowing had to be re-learned.

Chris has not squandered his second chance at life. To literally come back from the dead gives one a totally different perspective. This was evident in a lengthy conversation about how he’s turned his life around and his efforts to reach out to his fellow firefighters to raise their awareness about practices that are consistent with reducing the risk of heart disease and sudden death.

This extends to eating habits and participating in regular physical activity. The Challenge has provided a huge incentive for improvement and motivation. He commented that “...there’s no feeling like that of hearing people call out your name and cheer you on at an event.” He believes that every Mississippi firefighter should participate in the Challenge at least once. In the out years he believes that everyone of the State’s 82 counties should have a team at the Scott Firefighter Combat Challenge. He also says that he wishes that he knew at 25 what he now knows about better living.

Chris, in reflecting about his personal experience harbors no regrets for the experience. While he was in physical therapy for his foot drop that had to be corrected with a brace, he was inspired by the people who were striving mightily, and were far worse off than he. He said, “I can do this on my own; you have bigger problems here than me.” And so he did take responsibility for his own rehabilitation program, returning to work four months after his clinical death.

I was compelled to share this incredible story- a real life drama that deserves a wider platform like 20/20 or Dateline. It is inspiring to talk to people who have triumphed over unexpected adversity, making many of your own problems seem petty. Chris and his buddies will be back; they’re looking forward to running the individual’s category. He says it won’t be pretty, but before he hangs it up, he want’s to have that accomplishment under his belt.
Posted by Paul O. Davis, Ph.D. at 6:31 AM No comments: