This Is the Effect Working Out Has on Your Bones

From Vice
How active you are as a kid affects your bones forever.


Bone is a living tissue that reacts to the stresses we place on it. Every year, about 10 percent of our oldest bone matter is expelled from the body and replaced by fresh bone, and exercise and sports can make that incoming fresh bone denser and stronger than it'd be if we just sat on the couch, says Michael Econs, a physician and member of the American Society for Bone and Mineral Research and a professor at the Indiana University School of Medicine.

Many articles will tell you this effect is all about "building bone," but calling it “building bone” makes it sound like building muscle, and the effect isn't quite that straightforward. A person retains the ability to build muscle throughout life. When we ask too much of a muscle during exercise—like a grueling weight training session or running a marathon—the damaged muscle responds by repairing itself to be even stronger.

Bone, too, grows stronger through adolescence and young adulthood by responding to heavy impacts and loads, such as running and lifting weights, by regrowing bigger and stronger. But unlike muscle, there's an age cutoff by which bones can't grow larger. Peak bone mass is the point at which a person's skeleton has grown as big as it'll ever be, and although the right kind of exercise can maintain that size by replenishing it with strong, dense bone, from that point forward you can only maintain or slow down gradual age-related bone loss. Research by the National Institutes of Health and the Centers for Disease Control says we reach peak bone mass between 25 and 30 years old.

Bone is constantly turning over through a process in which cells called osteoclasts dig tunnels through bone, and then cells called osteoblasts re-pave those tunnels with new bone. Econs acknowledges that it sounds like an inefficient system, but it has to work this way because you obviously need to be able to use your bones while those repairs are taking place.

"If you think about it in terms of building a bridge that you can't touch for 80 or 90 years, you want to build in a self-repair mechanism,' he says, 'so if you have a micro-crack, (those cells) can come in and dig out the bad or old bone and lay down new, fresh bone."

Nobody has to work as hard to regain bone mass as astronauts returning from orbit. After a mission of four to six months in space, astronauts lose two to nine percent of bone mass throughout their whole bodies, according to NASA, which they spend many months trying to regain after returning to Earth. “There was a long-standing knowledge gap about the ability of the astronauts to gain back the bone mass that was lost in space,” says Jean Sibonga, lead scientist of NASA's Bone and Mineral Laboratory at Johnson Space Center.

It's possible, Sibonga says, for an adult to gain net bone mass by training with weights two to three times one's bodyweight. The problem is how you measure bone mass. To measure the progress of bone regeneration in the months after astronauts return to Earth, the Laboratory uses areal bone mineral density (BMD), a common technique in which two X-ray beams of different energy are fired into a bone. Areal BMD is limited to two-dimensional measurements and unable to detect three-dimensional changes in size and shape, Sibonga says, “so, while we report that areal BMD can be recovered, the overall structure and 'strength' of the bone itself may be different.”

Read: Working Out a Lot Doesn’t Always Increase Your Appetite

If, through genetics or good exercise and nutrition during adolescence, you achieved a high peak bone mass, you'll fare better as you age, Sibonga says. Age-related bone loss percentage will be lower, and it'll have a lower effect on the bone's strength overall. “We have seen net gain in bone mineral density when assessing on an individual basis,” Sibonga says, pointing out that blog-site headlines talking about "building bone" are trying to make observations of trends on a population-wide scale.

In other words, your ship most likely sailed a long time ago, back when you were a student who cared more about pizza and skipping class than worrying about the size of your future self's skeleton. “For the most part, standard exercise interventions after 30 will not increase bone mass,” Econs says. “[But] the next-worse thing you can do for bone—besides spaceflight—is to sit on the couch and not get any weight-bearing exercise.”

To encourage bone to regrowth as strong as existing bone and not waste away, you have to perform activities with hard impacts or heavy loading of the skeletal system, such as weight lifting and running, Econs says. Cycling and swimming don't induce stronger bones because they don't load the skeletal system enough. Even walking, Econs says, is enough to preserve the skeleton.

Few studies and few words are said about bone regeneration in young and middle-aged adults. Nearly all studies and talk focus on elderly men and postmenopausal women, so when an organization such as the US Department of Health and Human Services says regular exercise increases bone density, the advice tends to be interpreted as “the sky's the limit” and extrapolated to all ages and populations, giving false hope to people who want to turn their scraggly toothpick arm bones into those like the Croods'.

Dig a little further into that 2008 Committee Report, and you see that talk of bone gains is not about net gains—ending up with bones larger than when you started—but about stemming the loss of bone, or breaking even. “Although a benefit of one to two percent (of increased BMD) per year may seem small,” it reads, “this is roughly equivalent to preventing the decrease in BMD that would typically occur over one to four years in postmenopausal women and elderly men.”

You work out to maintain what bone you have by adulthood, not to keep growing it bigger like a muscle. Aside from those few individual cases Sibonga alludes to, you've got all the bone you're going to get. The trick now is to work hard to keep from losing it.
Posted by Paul O. Davis, Ph.D. at 8:40 AM No comments:

What I learned in Kindergarten

Robert Fulghum wrote a book entitled: All I Really Need to Know I Learned in Kindergarten

I did not read the book, but I did get the part about “Please” and “Thank you”. We strive mightily to recruit sponsors. It’s an almost daily pursuit. These people are in business and it’s only reasonable to expect some kind of a return on their investment (read: ROI).

The metric (money) can be hard to ascertain. As they say, only 6% of advertising dollars work. The problem, no one knows which 6%.

In the instant case, i.e., the Firefighter Combat Challenge®— we have a wide array of sponsors. Rare is it the case in the world of sponsorship that we have companies like 3M | Scott, Lion, Simulaids or RWC that have been with us for more than two decades.

I can assert with high probability that sponsors want to hear from you. And the words that they look forward to hearing is “Thank you.”

SKB Cases came on board this year and have donated nuclear-hardened, mil-spec, waterproof cases for the T0p 10. Inside each case is a note card with an email address. It only takes a few seconds to send a note that will be greatly appreciated. Same with all of our sponsors.

If you were fortunate to have received one of the SKB cases, send a quick note. I can pretty much warranty that if the appreciation level is where it should be, they’ll be back.

If you’re not yet one of the million viewers, well, jump on in. I’d like to see our FCC crew and competitors do one of these!

Check it out here; the whole ensemble, Fire, Cops and dispatch join in the fun:

From the Washington Post
Posted by Paul O. Davis, Ph.D. at 7:56 PM No comments: 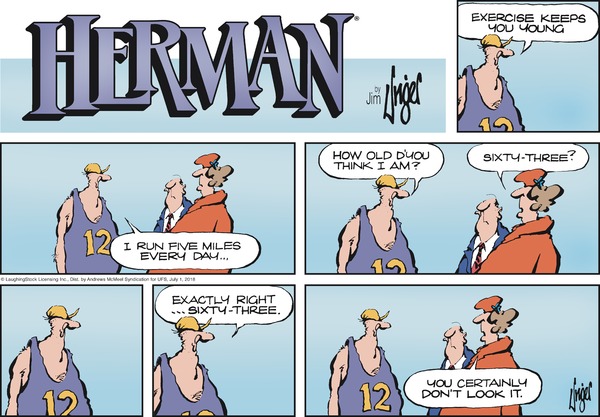