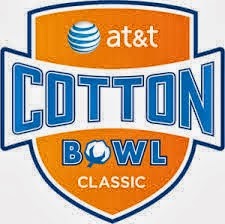 I plan on providing all of the current information Scott Firefighter Combat Challenge Lion Invitational AT&T Cotton Bowl Classic right here on this Blogspot. There will be NO OTHER source for accurate and official information. No rumors, gossip or Facebook postings.

Daniel and I immediately set to work this morning to construct the who’s who of the Cotton Bowl invitees. We are basing this strictly on merit, with the exception of Team Europe who will not be included for the obvious reason of cash.

So, taking all of last week’s runs, and putting them in order, we’ll post these later with 2 alternates.

Now, it’s critical that expressions of interest be genuine. We’ve been attempting to develop a method that would ensure that people who say they’re coming actually will show up. We’ve advertised that there is no entry fee. So, there’s no leverage by way of a cash bond, unless we require some evidence of surety such as a non-refundable deposit. You will definitely piss off a lot of people if you take up a slot and then bail out. So, we’re going to ask that in order to secure your spot, you’ll need to send us copies of your airplane tickets.

We will alternate individual runs with the Relays. This will allow us to change out SCBA units faster. We want to maximize the amount of runs by being as efficient as possible. We’ll ask that rather than walking back up the course, that once finished, go around the spectators as you return your Air-Paks.

As mentioned, there will be 16 Relay Teams. They will be posted tomorrow.