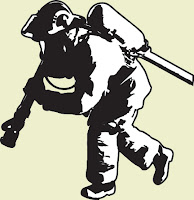 One of the difficulties that we’re trying to get out in front of is scheduling our regional, national, and World Challenge events. We’re acutely aware that for you, booking leave is a complex process and you’d like to have as much advance notice as possible. Our last appearance of the three-year stint at Myrtle Beach will start a new process of three-year rotations. In other words, rather than returning year after year to the same place, we will start a three year rotation.

Theoretically, we’ll be able to say where we’re going to be up to 9 years in advance (3-venues, on a 3-year rotation). Right now, we’re hard at work for next year’s (2013) event and beyond!

Similarly, we want to organize our regional events in such a way that we can say predictably where we’ll be at a given time of the year. In case you just woke up from a coma, fuel prices have lurched to new highs and we have four vehicles that each suck down a gallon of diesel fuel every five minutes. Big trucks cost big bucks. Everything is a multiple of what you’re used to seeing in your POV. It takes 15 quarts of oil for the crankcase; and so on and so forth. Insurance for class 8 chassis are stratospheric numbers.

Zig-zagging back and forth across the country is a most inefficient way of running this circus. When we execute our new op-plan, we’ll make two circuits and head for the Nationals and World Championship. This plan is already coming together with an ability to nail down Regional events for next year (2013) and beyond. The downside is that we might not be able to accommodate your department’s 100th Year Anniversary if it comes up out of the regional rotation.

We’re thrilled to be at Myrtle Beach and have every intention of continuing our tradition in the future. We carefully examine all the survey data and have long ago accepted the fact that with over 3000 people in attendance at World Challenge, we simply cannot satisfy everyone’s choice.

But, we’ll be offering you some variety in the out years with the hope that no matter where we are, you’ll have a great, level playing field with bleachers stocked with cheering fans and web-casting of all the live action for everyone at home that couldn’t make it.

At this point of the season, be advised that getting out ahead of your airfare is the best way to contain costs. Prices rarely go down the closer you are to the event. You can save up to 50% of November’s cost by purchasing your tickets in late July or August.

We thank you for your loyalty and your feedback and look forward to seeing you on the tour this season.
Posted by Paul O. Davis, Ph.D. at 5:33 AM No comments:

Climbing stairs for fun, competition or a working fire can be reduced to a simple linear equation where the variables are angle of attack (in degrees), number of steps and riser height. The rate of work is dependent upon your aerobic capacity. The caveat is that the principle of specificity of kicks in; meaning that fitness is specific to the activity and you need to practice, or train doing the exercise.

Adding a shoulder load increases the energy cost proportionate to the percentage of your body weight. Climbing (lifting your body weight) is the most arduous of all physical activities. The only thing more difficult is climbing a rope using only your arms- now that hard work.

Roy Davis, retired Firefighter Combat Challenge Champion has engaged in a number of stair climb events and has created a matrix that’s helpful in creating a number of targets (i.e., number of double stairs in a set period of time). This is the same way that one would train for running a mile by calculating the splits for each quarter. 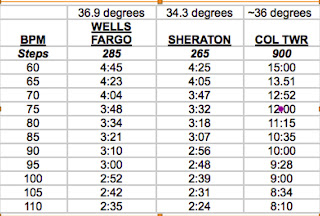 The key is that you must work within your capabilities; actually slightly below that point where you start to produce more lactate than you can turnover. Otherwise, everything comes to a screeching halt.

I noticed in Seattle that a number of firefighters had calculated the splits by floors and reduced them to a laminated “cheat sheet” much like the way quarterbacks list the plays on their wrists. Other’s had put a playlist together with a cadence consistent with their climbing objective of a specific number of steps per minute. This was done by using a metronome or a software program (Mixmeister.com) that will find songs with a cadence consistent with the targeted rate of climb.

By finding a stairway in which to practice you can rest assured that your first stair climb for record will be a success. Like any aerobic fitness event, you can expect improvements of about 1% per week. Since leg strength enters the equation with added weight, improvements might come faster.

Keep in mind that the thermal load of climbing can be significant- more than 15kcal/min, so you’ll want to dump heat by opening up your vents! Most of your heat is dissipated through your head. A helmet interferes with this process. If you’re going to be climbing for 25 minutes, heat exhaustion can complicate the effort.

A direct benefit will be the confidence that comes from knowing that if you have to do this for real, you can!
Posted by Paul O. Davis, Ph.D. at 4:29 AM No comments: 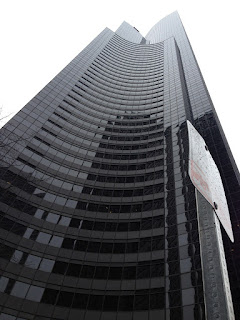 For the third year, we traveled to Seattle and staffed the Gear Inspection station. The ≈1500 firefighters are now well trained in NFPA 1971. Gloves had labels, footwear was compliant and everyone had their liners in. I don’t have statistics on the numbers of repeat customers, but by the time I got around to asking the question in the waining hours, it occurred to me that there were a lot of new people.

I wrote a BlogSpot last year on the practical necessity of being physically capable of carrying your body weight, bunkers, SCBA AND equipment to the floor below the fire. No matter how many stories. The time to figure out that you can’t do this is not at the fire. So, the question posed was, “Any advice?” Besides picking up one foot and putting it ahead of the other?, actually, yes.

First, let’s examine the physiology of stair climbing. There’s not a lot of magic here. Climbing under load has been a well-researched topic. The American College of Sports Medicine (ACSM) has energy-cost equations for just about every form of human activity. Climbing stairs (inclined plane) is one of the most arduous forms of ambulation- especially if you add a load. There is a horizontal component (the easy part) and then there’s the vertical (lifting) part.

The rate of climb is determined by the firefighter- not the fire. By that I mean, despite the pressing nature of the situation, you can only climb at the rate that is supported by your ability to break-down and use ATP (the basic building blocks of energy). Taking off too fast is a common problem. You pull up on the scene and see smoke or fire showing. This gives rise to an adrenergic (hormonal) response that can overpower your common sense. The object is not just to get there, but to do your job with reasonable reserve once you DO get there.

Keeping a pace that is below your Anaerobic Threshold (AT) or more precisely, the onset of blood lactate requires knowing through experience what that point is through muscle memory. Heart rate can be instructive, much like a tachometer on a car engine. But practically speaking, no one’s carrying HR monitors at the scene of a fire.

There are practical differences between racing up 69 flights of stairs and having to do this for the real deal. But the benefits of training convey to either situation. People who are highly trained can go anaerobic without serious consequences in that they can back off and recover while they’re still moving. The unfit person will come to a screeching halt and sit down, further exacerbating the situation. In other words, the well trained firefighter-athlete is a safer, more effective worker. And the more fit the individual, the greater the physical work capacity.

In my next BlogSpot on this topic, I’m going to layout a formulaic approach to training for climbing stairs. It’s not rocket science. But the principle of specificity of training applies: you get better at the stuff you do if it closely resembles the final product.