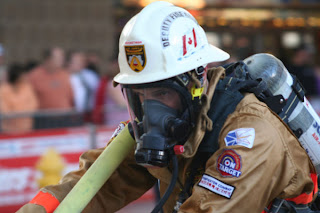 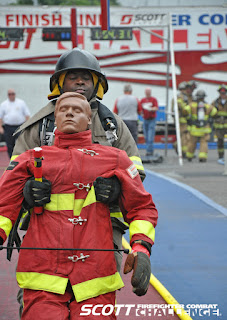 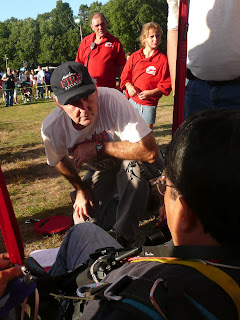 I met Larry in 1992 in the parking lot of the Anaheim Marriott. The event was our first World Challenge; actually we didn’t know it would be the first event in a series that has stretched out over two decades. But alas, I digress.

Larry was our first over 50 competitor. He was a guy that refused to quit. Never a speed demon, but Larry would saddle up and walk out on the course and “get ‘er done.” He subscribed to the theory that if any firefighter pulled up on the scene, he should be able to get off the rig without any notice and run the Challenge.

I found this thinking to be infectious. After all, why not? Larry’s fitness did not occur by accident. He didn’t train for the Challenge. Larry trained to do the job. Being able to complete the Challenge was a natural by-product.

Larry proudly wore his Anaheim Fire Department “Fireman” badge. He was proud of that badge and would not surrender it for an upgrade.

Shortly after I met Larry, I was told that he had coded at work. He was resuscitated and found that he had SSS (Sick Sinus Syndrome) an annoying pathology that resulted in his heart stopping beating at the least opportune times.

When Larry showed up to run the challenge, I was astounded. I said, “Are you sure you should be doing this?” To which he responded that his cardiologist had cleared him to do anything he wanted except arc welding.

Larry ran a number of competitions up until the time that he retired. But that has not stopped Larry for continually engaging in a wide range of recreational pursuits such as crewing for a hot air balloon team. He arranged my first balloon ride in Riverside.  When we needed help with our LEOPARD (Law Enforcement Officer Performance And Reaction Drill) competition, Larry was there to help set up and be a judge.

This is as it should be; taking care of oneself to enjoy that length of service retirement- versus being trapped in a body incapable of movement.

When we needed help in Las Vegas with our merchandise activities, Larry was there. When I needed someone to scrub the spray chalk arrows off the course because the Angel management said we could wait for the rain to wash it away, Larry was there. Larry is that special guy who will show up at 0200 hrs when you’re broken down on the 405 freeway. 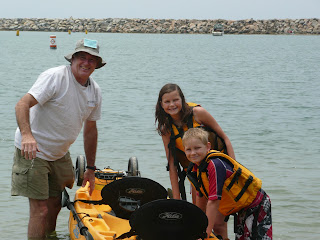