Life As It Should Be

Oakville’s rise to the top comes with all the critical ingredients of success. A spark plug in the form of Shaun Henderson, support from a lot of quarters, including the Fire Chief, and his staff, the training chief, the IAFF local and City Hall. Never was this better demonstrated than yesterday during my visit to Oakville. 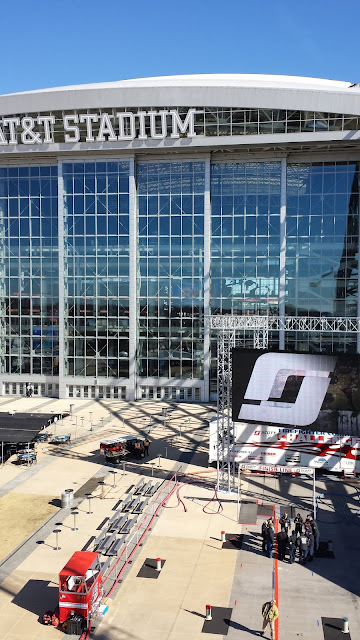 It's hard to believe that it will be 3 years ago that we made our appearance at the Cotton Bowl. From our archive, here's some unedited clips in no specific order, from that momentous event at the (Cowboy) AT&T Stadium) in Arlington, TX.

The day before the event, January 6 was mild, with little wind activity. No so on the 7th. The winds were gusty and we could not unfurl the banner line.

But, indoors, well, that was another thing. With 100,000 spectators, our crew of about 100 firefighters, assisted by another 200 majorettes unfurled what has to be one of the largest US flags.

I first met Desmond Doss in the summer of 1963 in Grand Ledge Michican while attending Cadet Summer Camp (photo below). I would meet him again four years later as a member of the cadre at the camp named after him. He was one of the most humble, unassuming individuals I've ever met. I'm also proud to say that I rendered first aid in the form of a splinter removal on one of his fingers. Seriously, Desmond is still known in the fire-rescue business for the creation of the Rescue Knot that he employed in the rescue of 75 soldiers described in the citation below.


Read Doss' Medal of Honor citation provided by the Desmond Doss Council, the group committed to preserving his story:

Private First Class Desmond T. Doss, United States Army, Medical Detachment, 307th Infantry Regiment, 77th Infantry Division. Near Urasoe-Mura, Okinawa, Ryukyu Islands, 29 April - 21 May 1945. He was a company aid man when the 1st Battalion assaulted a jagged escarpment 400 feet high. As our troops gained the summit, a heavy concentration of artillery, mortar and machinegun fire crashed into them, inflicting approximately 75 casualties and driving the others back. Private First Class Doss refused to seek cover and remained in the fire-swept area with the many stricken, carrying them one by one to the edge of the escarpment and there lowering them on a rope-supported litter down the face of a cliff to friendly hands. On 2 May, he exposed himself to heavy rifle and mortar fire in rescuing a wounded man 200 yards forward of the lines on the same escarpment; and two days later he treated four men who had been cut down while assaulting a strongly defended cave, advancing through a shower of grenades to within eight yards of enemy forces in a cave's mouth, where he dressed his comrades' wounds before making four separate trips under fire to evacuate them to safety. On 5 May, he unhesitatingly braved enemy shelling and small-arms fire to assist an artillery officer. He applied bandages, moved his patient to a spot that offered protection from small-arms fire and, while artillery and mortar shells fell close by, painstakingly administered plasma. Later that day, when an American was severely wounded by fire from a cave, Private First Class Doss crawled to him where he had fallen 25 feet from the enemy position, rendered aid, and carried him 100 yards to safety while continually exposed to enemy fire. On 21 May, in a night attack on high ground near Shuri, he remained in exposed territory while the rest of his company took cover, fearlessly risking the chance that he would be mistaken for an infiltrating Japanese and giving aid to the injured until he was himself seriously wounded in the legs by the explosion of a grenade. Rather than call another aid man from cover, he cared for his own injuries and waited five hours before litter bearers reached him and started carrying him to cover. The trio was caught in an enemy tank attack and Private First Class Doss, seeing a more critically wounded man nearby, crawled off the litter; and directed the bearers to give their first attention to the other man. Awaiting the litter bearers' return, he was again struck, this time suffering a compound fracture of one arm. With magnificent fortitude he bound a rifle stock to his shattered arm as a splint and then crawled 300 yards over rough terrain to the aid station. Through his outstanding bravery and unflinching determination in the face of desperately dangerous conditions Private First Class Doss saved the lives of many soldiers. His name became a symbol throughout the 77th Infantry Division for outstanding gallantry far above and beyond the call of duty.

The Origins of the Scott Firefighter Combat Challenge® From Our Archives 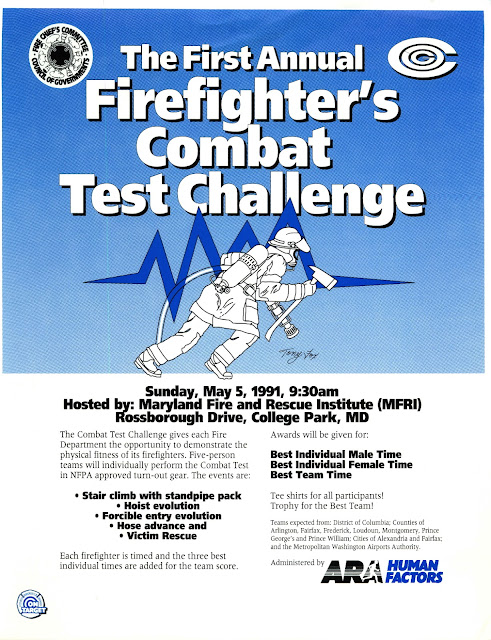 Montgomery Advertiser’s Coverage of the Last Day of WCXXV 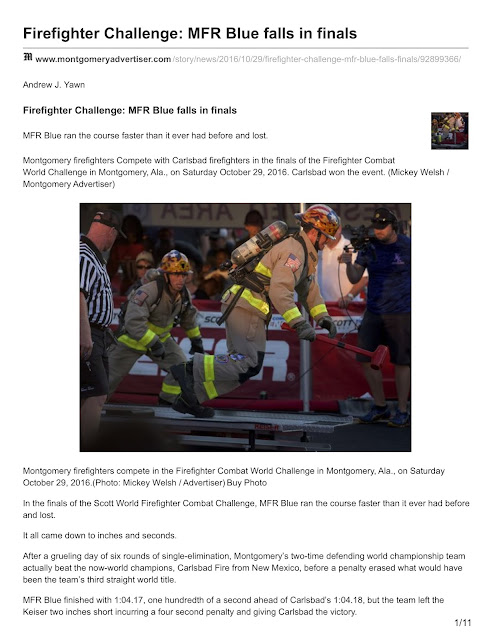 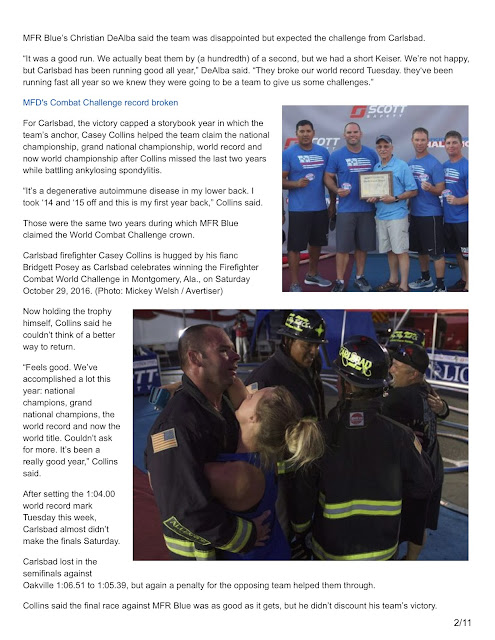 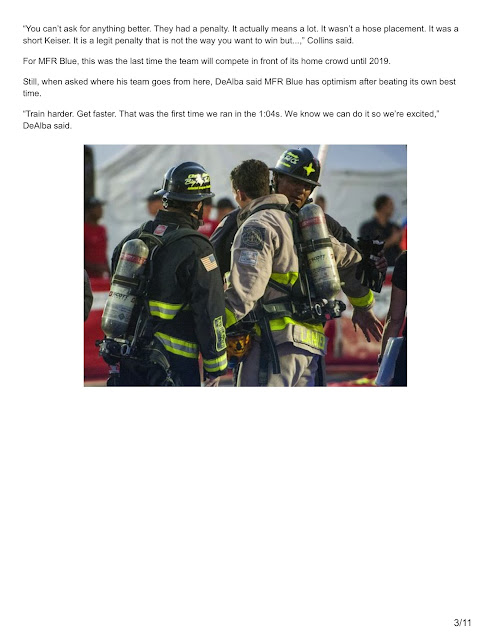 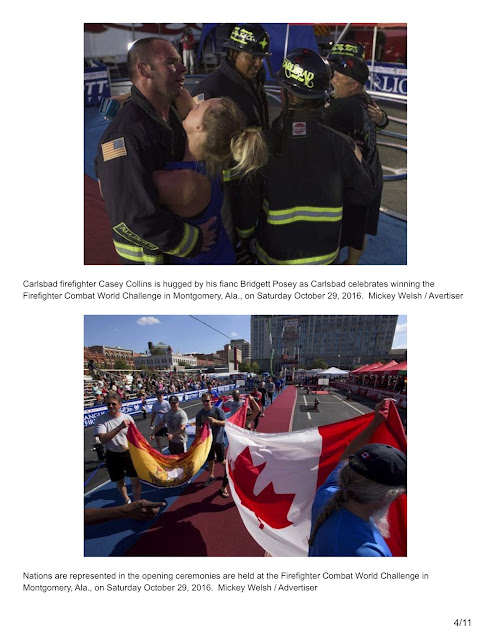 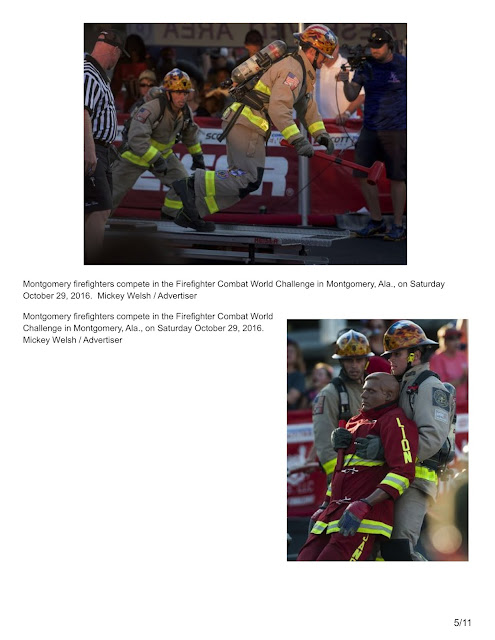 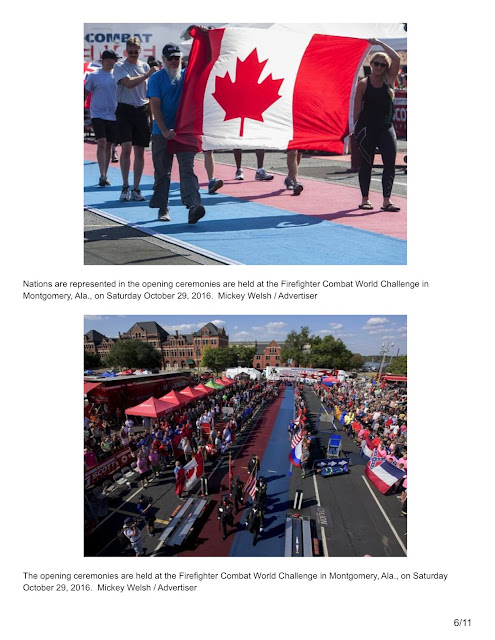 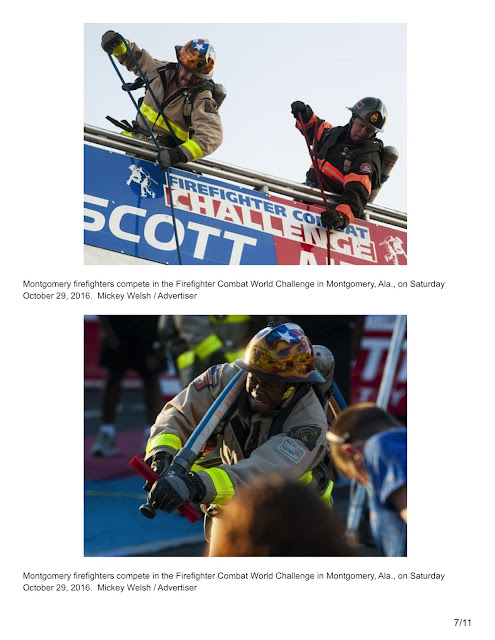 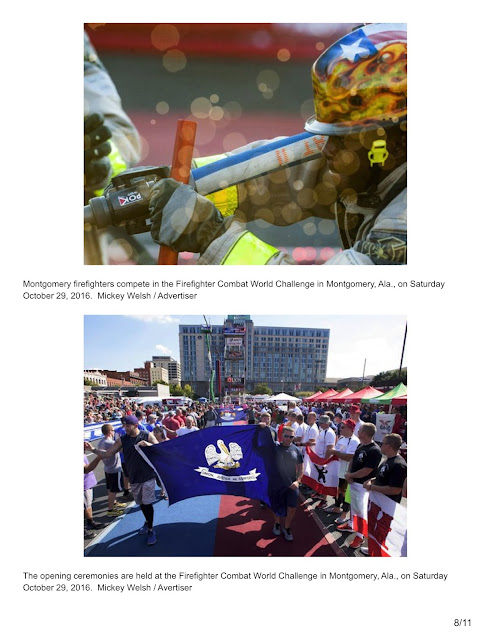 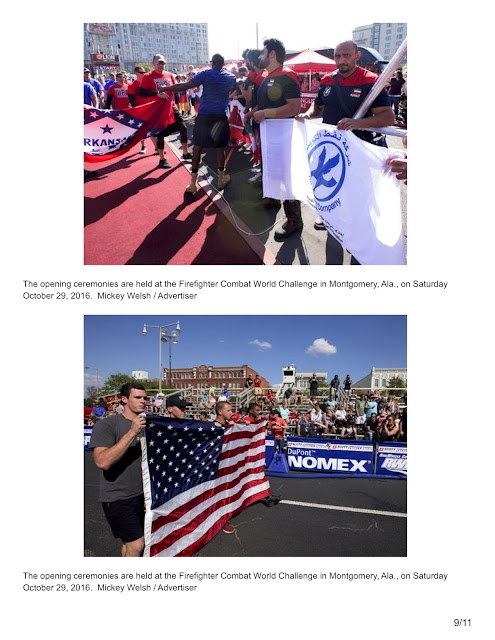 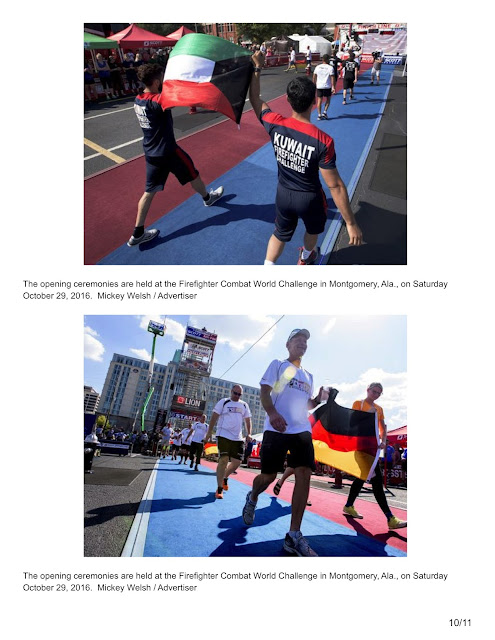 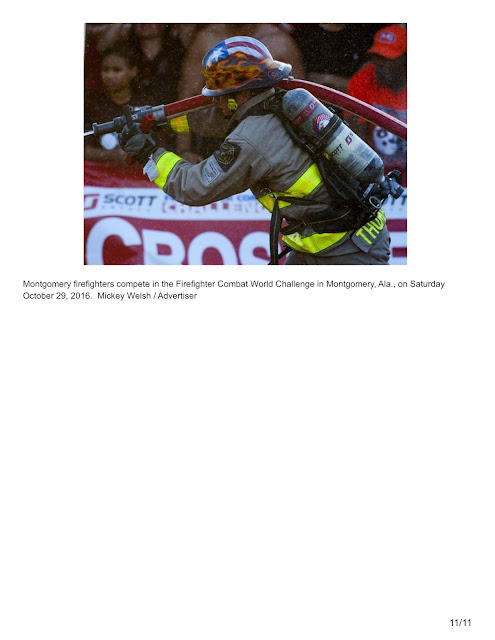 Science Says This Is the Best Motivation to Exercise


If you play well with others, then it might be time to get tough. Friendly social support makes you work out less often, while cutthroat competition is the key to motivating yourself to get to the gym.


So finds a new study published in the journal Preventive Medicine Reports, in which almost 800 graduate and professional students at the University of Pennsylvania were put through an 11-week exercise program with running, spinning, yoga, Pilates and weightlifting classes.


Each person was assigned to work out alone or in a team, and the dynamics were designed to be either socially supportive or competitive. In the competitive team group, people had a social network of five random health buddies whose exercise progress they could track, but they had no other interaction with them.


The supportive team group also had health buddies, and they were also able to chat, go to classes together and encourage one another to exercise. In the individual groups, people either worked out alone without a social network or with access to information about how they were doing compared to others.


Winners were determined by how many classes they or their team attended—and the results were unexpected. Whether a person was alone or in a team didn't affect how many workouts they did. But a competitive atmosphere encouraged people to work out more across the board.


People who were in the competitive groups went to 90% more classes than those who weren't. Even more surprisingly, when people got social support they exercised far less than they did when they were in competitive groups or alone. "That's pretty interesting, because it means that putting people into the social support condition was worse than giving them nothing at all," says the study's senior author Damon Centola, associate professor of communication and engineering at the University of Pennsylvania. "I didn't expect that."


The researchers found these strong effects regardless of a person's sex or personality. Group dynamics have a lot of power over exercise behavior, and that's because a competitive atmosphere makes people focus on different things than a chummy one, Centola says. In the competitive group, all eyes were on the most active participants; they were the goalposts to beat."


As people were influenced by their neighbors to exercise more, it created a social ratchet, where everyone increased everyone else's activity levels," he says. But in the we're-all-in-this-together group, those that dragged their feet drew the most attention. "The people who were participating less would actually draw down energy levels and give others a reason or excuse to also participate less," Centola says.


People dropped out, and no one was very motivated. The results show that social networks really can help you exercise more, so long as they're used the right way. Centola suggests gathering people with similar backgrounds and interests, then creating an online group where people can track one another's exercise logs. That, he says, will give everyone a mutual incentive to keep going.
Posted by Paul O. Davis, Ph.D. at 5:00 AM No comments: