On the Scene with Fire Showing (with video)

I can only think of a couple of incidents where I arrived on the scene of an emergency event before the apparatus arrived. So, just for grins, I’m going to memorialize these happenings this year, at or about the time that I recall them.

Last week was, of course, the most recent. It was about 12:30 and I was headed home on my bike. My younger brother was in town (from Denver) and we were going to get together for lunch, It’s about a 12 mile round trip to the office and I was about one mile from Station 15, Burtonsville. Ironically, it’s actually in Silver Spring’s 20904 zip code. I saw a large plume of dense black smoke.
I’m thinking, “Okay. This has to be some innocuous, non-threatening passing event. Not at this time of day, like a piece of construction equipment being fired up, or maybe, well, whatever. I picked up the pace, for the longest climb on the way back. But this was a steady plume.

“Should I call it in, sight unseen?” Nah.

When I crested the hill, I could see the source. The backside of a vinyl-sided SFU was on fire. There were a couple of cars parked on the opposite side of Briggs Chaney Road. One of the drivers was screaming in some incoherent foreign tongue. He asked for the name of the road.

I parked my bike against the mail box and walked to a seated figure on the front lawn. I figured this to be the owner in a catatonic state, holding a dog. I asked if he was the owner. He acknowledged in the affirmative. I asked who were the occupants. He motioned to his wife who was standing by, assuring me that everyone was out of the house and all accounted for.

I strongly suggested that he move the two cars parked in the driveway. He said that the keys were in the house; so much for that idea.

I then called ECC and provided a status report including the fact that there were no life safety issues. You don’t want anyone getting hurt looking for non-existent occupants.

I could hear sirens. The first unit on the scene was an ambo. Then, a second. I had no idea of the status of the considerable equipment at #15. Medic Unit, 2 Engines, Truck Co, and Rescue Squad.

The next on scene: B/C in a Suburban. Then another B/C. I was wondering where 15 Engine was. Still don’t know. But the plug was right there.

When they showed, two pre-connects were pulled and the pump operator had water flowing immediately after the crew hand-jacked the lines over the split rail fence. The fire was knocked down almost immediately. 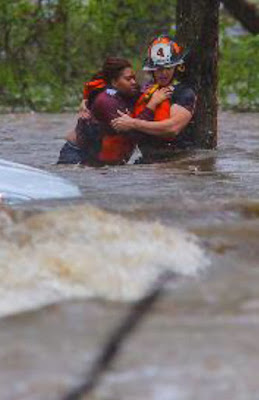 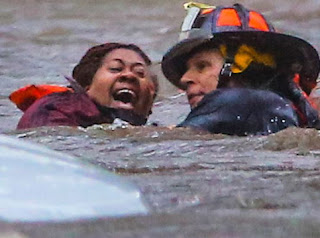 The LRFD is well trained, but I realize that there is always more we can do. We spend a lot of time in classrooms, studying, learning, and discussing all that today's fire service is asked or required to do. This rescue took everything I had, strength, stamina, and a determined mindset to not let go. The citizens we protect deserve a lot with the tax dollars they spend. So in addition to classroom training, please consider training your bodies in some way as well. Be it in a gym, weight room, fitness center, garage, box (CrossFit), or some other place to be prepared to handle what might come your way. You may workout or train in many ways for years and never be tested, but then again, you might.
Posted by Paul O. Davis, Ph.D. at 9:00 AM 2 comments: