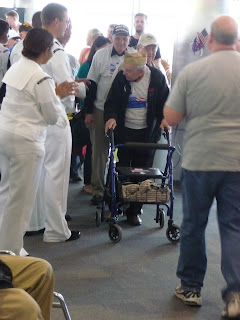 It made me very proud to be an American and the son of a now deceased WWII submariner. I just wished that Dad could have been there.
Posted by Paul O. Davis, Ph.D. at 5:00 AM