Only The Brave: A Review from the Wall Street Journal

Today, October 23, the Fire Chief of Jeffersontown, KY secured 165 tickets for Only the Brave. For those of you who took advantage of the generosity of the AMC Stoneybrook, I believe that I speak for all that this is a “must see” movie.

Below, is the Wall Street Journal’s review by Joe Morganstern.

‘Only the Brave” could hardly be more timely, since its larger subject is the wildfires that have been bringing grief and devastation to vast areas of the nation with what seems to be increasing frequency. To dramatize the courage and dedication of the crews that fight these conflagrations, the film celebrates the Granite Mountain Hotshots, an elite group of firefighters that faced its greatest challenge on a hill near Yarnell, Ariz., in the summer of 2013. Their homegrown spirit is so appealing, athe nd their history so affecting, that you want to overlook the shortcomings of a dutiful, derivative script, with its several inspirational strands and dearth of essential details.


The story the movie tells, at a leisurely pace over the course of 133 minutes, is one of hardworking, hard-partying young men finding a sense of family, discipline and purpose in a firefighting crew created by the city of Prescott, Ariz. The unit is supervised by Eric Marsh, a veteran firefighter in his early 40s; he’s a man with a checkered past, played with laconic resolve by Josh Brolin. Other members of the team are played by James Badge Dale and Taylor Kitsch.

As the narrative begins, Marsh is struggling to upgrade his crew from Type 2 status—unsung grunts doing dirty work—to Type 1, meaning hotshots in ability as well as in name and attitude, who fight wildfires on the front lines. (That he succeeded was a signal achievement. The Granite Mountain Hotshots were the first such group in the nation to grow out of a municipal fire department.) A lot of the early action borrows from films about World War II: rookies going through the hell and hazing of basic training. The main rookie, Brendan McDonough, has been doing drugs and is bound for no glory until Marsh takes him in and mentors him. He’s played by Miles Teller, who gives a fine, understated performance that’s all the more moving because McDonough, in fact, emerged from Yarnell Hill with a singular distinction he never sought. (“A skunker down in Yarnell” is how someone first describes the fire. “It’s no big deal.”) 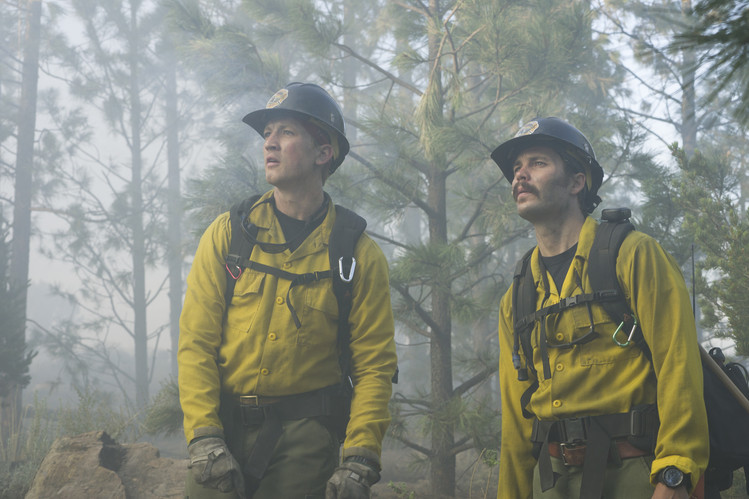 The cast as a whole, under the direction of Joseph Kosinski, brings gleeful energy to a group portrait of good souls in the American heartland, working one fire after another and living it up in between. Jeff Bridges is Duane Steinbrink, an elder lawman who helps Marsh achieve his ambitions for the group, gets to sing and strum a few bars of Johnny Cash’s “(Ghost) Riders in the Sky” and has one moment of heart-rending anguish. Jennifer Connelly, as Amanda Marsh, Eric’s veterinarian wife who must share him with a succession of fires, sweeps aside the clichés of her role with marvelous ferocity.

Yet the screenplay, by Ken Nolan and Eric Warren Singer, keeps strumming the same chords, as if the studio were afraid the audience wouldn’t understand that “Only the Brave” was about the crew as a surrogate family, and the heroism of its members. (“You’re all heroes,” a nurse says helpfully when McDonough, who’s been bitten by a rattlesnake, is brought by his buddies to a hospital for treatment.) 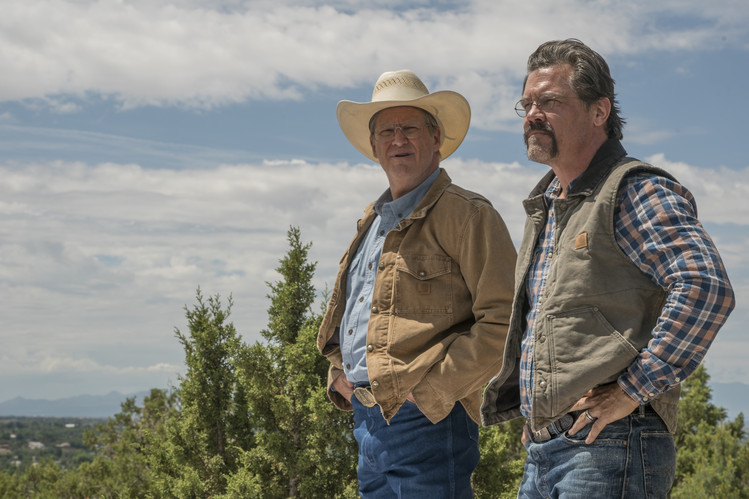 What’s missing is density of detail. Early in the film there’s a striking shot—the cinematographer was Claudio Miranda —of a huge hose descending from the top of the screen. Soon we see that it’s being lowered from a helicopter to gulp water from someone’s swimming pool before the chopper flies off to help smother a menacing blaze. I kept looking for similar specifics of how hotshot teams operate on the ground. Some information is dispensed, but it’s rushed, perfunctory and not very edifying. During the evolution of the climactic fire, we know where the Granite Mountain Hotshots are, more or less, but not what’s happening around them in real time.

Little is known, even now, about the essential mystery of the event—why a well-trained crew with a deeply experienced leader made the decisions they did. All the same, “Only the Brave” might have expanded our understanding by framing that mystery with greater precision since the supposed skunker down in Yarnell proved to be the biggest deal of all.
Posted by Paul O. Davis, Ph.D. at 6:27 PM

The men chisel and saw into the timber martyrs in hopes of establishing a unmovable Line. A miniature trench forms in the loose soil, and brush is doused with liquid fire . The wildfire has reached the checkered flag, and these men will have the best seats on the track.
Superintendent Marsh has been chasing the flames since before his crew’s existence. A man that has surrendered all ambitions of fatherhood, now the great father figure of a rowdy pack of men. > Reviews Only the Brave His wife, Amanda, has signed a contract with him, and together they pursue their respective work with insatiable vigor.
Marsh’s ultimate goal is to become Hot Shot certified. His would be the first municipal crew to achieve this accreditation, and many risks have been made to open the door. His intuition trumps protocol, and his superiors stubbornly acknowledge his genius.