We regret to pass on that two Law Enforcement officers (Fire Officer and FBI Agent) were struck and killed in the Line of Duty while standing on the shoulder of I-270 in Montgomery County, Maryland as the first arriving to the scene of a traffic crash.

Around 2200 hours one of the officers stopped on I-270 near the single-vehicle crash. He requested assistance and used his car to block the damaged vehicle from oncoming traffic. Both men moved over to the shoulder of the fast lane when a southbound vehicle began to approach them.

The driver of that vehicle swerved to avoid hitting vehicles in one lane and ended up hitting the officers. Both men were thrown over the jersey wall to the northbound side of I-270, where it appears at least one of them was then struck by a northbound vehicle.

A second passenger in that car was taken to Shady Grove Hospital. The driver of the northbound vehicle that struck one of the men reported no injuries.

Montgomery County Fire PIO Pete Piringer said that a Deputy Chief fire marshal and an FBI agent were killed in the crash.

"Sadly, @mcfrs learned this morning of the untimely passing of Sander Cohen".  Cohen was a Lieutenant with the Rockville Volunteer Fire Department and a Deputy Chief with Maryland State Fire Marshal's Office, Maryland State Police.

Police said there is no indication of alcohol involvement in these crashes. The causes of the initial crash remain under investigation. No charges have been filed at this time. Much more to follow.

Once again a tragic reminder of the risk we have when operating on roadways. Our condolences to 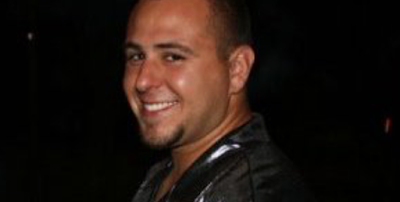 Sander was an employee of On•Target 10 years ago and a good friend of my daughter, Brittany.