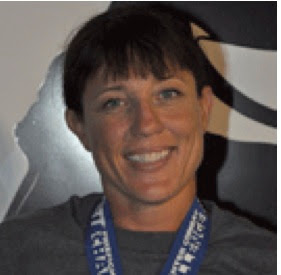 One of the great things about the Scott Firefighter Combat Challenge is the interesting places you get to go and the people you meet. This past weekend was no exception. Lake Charles (LA) is home to the second largest event in the state (after Mardi Gras). It’s based on the activities of the French Gulf Coast pirate, Jean LeFitte and his exploits, including the sequestering of a treasure trove that people still search for. Besides having the mayor of Lake Charles walk the gangplank, he did help the US during the war of 1812. Check it out on Wikipedia. But enough of that.

I want to recognize the Challenge competitors and organizers of this event. We were last in town in 2003. From the states of Oklahoma, Texas, Mississippi, Alabama, North Carolina, and of course the home state came over 100 participants. We were ready for some warmer weather and this weekend was perfect. Not only was the event on the front page of the local paper, but we also had coverage on the NBC local affiliate.

Lots of new people and some that we’ve haven’t seen in some time, including former two-time King of the Jungle, MSgt Eric Akers, USMC (ret), sporting long hair and a beard! Dave Bowman did an outstanding job, and in his inimitable, understated fashion said, “I’m okay with that.”

But the person who deservedly warrants a proper shout out is Cheri Ardoin. Putting together the fabric of a successful event can be a thankless task. It takes coordination with multiple city agencies, sponsors and support systems like EMS and concessions. As this event would go into the night, even the lighting needed to be addressed. Cheri pulled this off singlehandedly and on top of it all, took 11 seconds off her personal best! That had to be sweet in front of the home crowd.

I was remiss since I did not get video of the perfect biomechanics of her dummy lift and drag. This would be schoolroom perfect for anyone starting out in the Challenge. When I complimented her, she said that she was routinely practicing with a 190 pound dummy, so this one was easy. Her time of 3:21 is exemplary and even more so when you consider that she’s a whopping 131-lb, 41 y.o. mother!

Now, where’s the next person who’s wimping out about how tough this competition is?
Posted by Paul O. Davis, Ph.D. at 3:45 PM

Wow, thanks. That is really nice. I guess that eeryone was so busy that no one videoed my run for me. Wish that I could see it. Thanks to the crew guys that calmed me down when they got here. It really takes a lot to put on an event and I made plenty of calls to Lubbock and Tyler to get advise. Thanks to those guys too.