Good to Go in Seattle 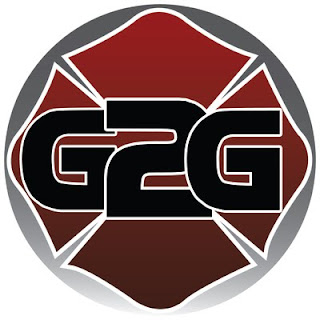 After several years of development and a lot of tweaking of the model, we rolled out our first Good To Go (G2G) initiative at the Seattle Fire Department’s JTA (Joint Training Academy), May 12 and 13. Leading the charge was James Hilliard, Battalion Chief and Scott Firefighter Combat Challenge competitor.

The didactic program was organized around the Firefighter Survival Manual (FSM) - the book currently being developed to support this unique training package. Coupled with Chief Hilliard’s enthusiasm, the Seattle firefighters were an impressive group. Over a two-day, repeating schedule, almost 90 firefighters and officers showed up- on their own time to attend the day-long seminar and workshop.

The morning’s classroom session covered the first four chapters of the FSM, including topics on health risk factors, medical screening, fitness benefits and fire suppression physiology. Lunch was covered by the Officer’s Association and mentor-coaches formed up three platoons that rotated every 20 minutes across the Climb/Hoist, Forcible Entry and Lift/Drag stations.

Once the familiarity phase was done, everyone donned their bunkers and a Scott NX-G7 Air-Pak and walked (no racing) through the course, two at a time. Virtually everyone came in well under the suggested 6:00 cutoff and earned their G2G tee shirt and certificate. What an impressive group of professionals!

Now, back to the drawing board for a few tweaks in the PowerPoint presentation and the protocols, then we’re taking requests from other interested departments across the nation. I realize that the criterion tasks that comprise the Essential Function Test (EFT) might seem daunting to the uninitiated. But what the G2G program demonstrates is that if you pace yourself, you can probably finish comfortably on less than half of a :30 bottle of air.

At the conclusion of the EFT course, we polled a number of Seattle firefighters for their reactions. The common thread- this is not unlike a good “worker.” Some remarked that they had been to fires that were more demanding. The consensus was that unlike a real fire, the EFT had a finish line and knowing that, “gutting it out” for five minutes was a reasonable reflection of the physical demands of structural firefighting.

Many opined that knowing that their crew could successfully complete the EFT was reassuring, since it removed the ambiguity of uncertainty about the capabilities of who was backing you up. Everyone was on board with the “fit firefighter was a safe firefighter.“ As we all know, if you go down at the scene, we’ve not only lost you, but probably another four guys that will be taken out of action to haul you off to the ambulance.
Posted by Paul O. Davis, Ph.D. at 3:42 PM