What's Drugs Got To Do With It? 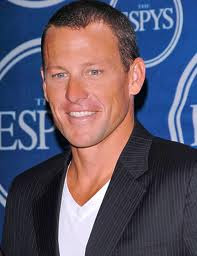 The CBS 60 Minutes story on alleged doping by Lance Armstrong has spawned countless newspaper articles, several of which I have read. I’m not an expert on the topic, but I do have an opinion.

While at the University back in the ‘70’s, I had two graduate students who were on the US Olympic and Junior weight lifting team. At the time, the official position of such organizations as the American College of Sports Medicine (ACSM) went something like this: “these attempts at enhancing performance through the use of drugs do not work.” All the while, the East Germans were kicking our collective asses.

I was administering IM (intra-muscular) legally prescribed anabolic steroids to these lifters and observing the addition of 30+ pounds of lean muscle mass in the matter of a few short months. So much for the official position of the scientific-medical community.

Fast forward forty years and we now are awash in an epidemic of ergogenic aids. Sports figures have gone to jail and more will follow. This was the era where rampant steroid use was in vogue in the NFL; while we were not testing at the time, (I was a consultant to the Washington Redskins for 8 years); many players had all the clinical manifestations of anabolics.

About a dozen years ago, one of my sports medicine physician friends remarked that we needed to start drug testing. This was validated by some of our competitors who were complaining about benefits that were not attributable to just working out. Naively believing that signing a waiver that included language to the effect that “I am not using any banned or illegal substances,” would do the job- and finding it not so, we started testing- to the strenuous objections of some competitors who were never seen again. A couple of my physician friends said that as an organized sport “You know you’ve made it when it becomes so important to win that you’re willing to cheat.“

At, or about that time, one of our standout competitors stated that he didn’t care if people used drugs; “let them do whatever they want,” he opined. I’m not sure he would have felt that strongly if he was routinely getting beat by someone that was obviously “on the sauce.”

With the advent of drug testing, we began to catch people. In fact, for a while, we were running an unbroken string of positive tests were in people who may have actually believed what they were taking was “clean.”

Most recently, we have not uncovered any users. The sophistication of drug testing spawns all sorts of counter measures, and so goes the vicious cycle.

I believe that some of the positive tests were in people who may have actually believed what was written on the labels of the products they were taking. There are so many products out there that the FDA simply can’t police the entire market. We have always maintained that it is the competitor’s responsibility for what they put in their body. Alternatively, there are products that bear the seal of a reputable testing laboratory.

A few years ago, I attended the NFL Combine in Indianapolis where drug testing was one of the scientific-legal topics. To be approved by the NFL, a supplement company has to post a $.5M bond. That pretty well separates the wheat from the chaff.

So, back to Lance. No one has even come close to his accomplishments, not the least of which was a near-death experience with cancer. No one has his physiology- the subject of a scientific session some years back at the annual meeting of the American College of Sports Medicine. No one athlete has been subjected to the numbers of tests for drug use, and he has passed every one.

On the down side, with the resources available, you can be sure that there will never be a drug test, the results of which Lance did not know before. The “positive” test criteria is liberal and you can detect the presence of synthetic anabolic steroids. People have become educated on when to cycle off to ensure that their values are within “normal” limits.

It’s disturbing to see someone that you’ve admired for years be accused by eyewitnesses. In a sport where the likelihood of winning without pharmacological assistance is a remote possibility, claims that “he’s using” are to be expected. The practical reality is that if you don’t do what virtually everyone in cycling is doing, you’re not going to be a contender.

So, why not just say, “Screw it. Do what you want. We’ll lose a few people each year”- but wait- we’re already doing that. One of the major unintended consequences is that you’ve opened up the entire scholastic sport system to unmonitored use. We know that this is going on in high school, but who has the money to test? And without any semblance of illegality, the problems are magnitude.

A sports psychologist did a study on Olympic athletes, asking if they would be willing to take a pill that would ensure victory while cutting five years from their life. Most said “yes” they’d take the pill. It’s a shame that sport has become so contaminated. It’s also tragic that it has taken professional sports so long in the face of bitter adversity, to take a lead in enforcing a drug-free competition. It’s a shame that there are always a few bad apples that want to cut corners, be it banned substances or illegal gear. The relevant question is, “are we any better?” I hope so.
Posted by Paul O. Davis, Ph.D. at 8:14 AM