The first father-son competitor pair happened in the last decade when Randy Hogan and his son showed up. Randy was a captain with the Byron (IL) Fire Department.

But History was made this year when the Maw family from New Zealand came on the scene.
Steven Maw, 24 obtained his Lion's Den time, at the US Nationals in Tyler, Texas in 2014 and was inducted into the Lion’s Den in Phoenix last year. (Our rule is that times that qualify during a season- before World Challenge- are inducted that same year. Times during the current WC are awarded the following year.) 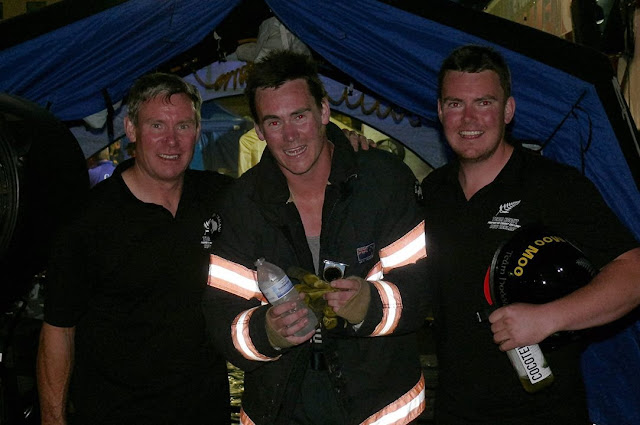 The family are members of the Southbridge Fire Brigade; Wayne has 34 years service, Steven 7 ½ years, and Hamish 5 years.
Kudos, Gents! Or, as they like to say in NZ, “Brilliant!”