Here’s what happens to your body after you down an energy drink. It’s kind of scary. 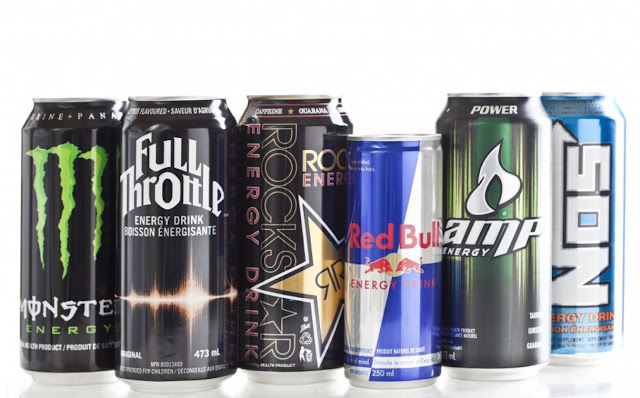 There's been a lot of controversy about caffeine-spiked energy drinks in recent years following a spate of deaths and overdoses related to the beverages. In one of the most heartbreaking cases, 14-year-old Anais Fournier of Maryland died after consuming two 24-ounce cans of an energy drink. Food and Drug Administration has been studying such cases to try to determine if there's a causal link and, if so, what to do about it. Makers of energy drinks, meanwhile, have insisted that the beverages are safe and that some of the cases of bad reactions may have been due to pre-existing conditions that the individuals in question had. In an effort to get more information about exactly happens in your body after you consume one of the drinks, Mayo Clinic researcher Anna Svatikova and her colleagues recruited 25 volunteers.
All were young adults age 18 or older, nonsmokers, free of known disease, and not taking medications. They were asked to drink a 16-ounce can of a Rockstar energy drink and a placebo -- with the same taste, texture, color and nutritional contents but without the caffeine and other stimulants -- within five minutes on two separate days. The energy drink had the following stimulants: 240 mg of caffeine, 2,000 mg of taurine and extracts of guarana seed, ginseng root and milk thistle. Researchers took numerous measurements first before they drank and 30 minutes after. With the placebo, there was very little change. With the energy drink, however, many of the changes were marked:


Writing in JAMA, the researchers said that these changes may predispose those who drink a single drink to increased cardiovascular risk. This may explain why a number of those who died after consuming energy drinks appeared to have had heart attacks. As part of their research, Svatikova and her co-authors exposed the volunteers to two-minute physical, mental, and cold stressors after consuming the energy drinks to see how that might affect blood pressure and other body functions. The physical stressor involved asking participants to squeeze on a handgrip; the mental one to complete a serial mathematical tasks as fast as possible; and the cold one immersing their one hand into ice water. Interestingly, there was no further change. The American Beverage Association said in a statement that "there is nothing unique about the caffeine in mainstream energy drinks, which is about half that of a similar sized cup of coffeehouse coffee" and that drinking coffee would have produced similar effects. “The safety of energy drinks has been established by scientific research as well as regulatory agencies around the globe. Just this year the European Food Safety Authority (EFSA) confirmed the safety of energy drinks and their ingredients after an extensive review," the organization said. In the United States, many energy drink manufacturers voluntarily label their drinks with total caffeine content and advisory statements stating the products are not recommended for children, pregnant or nursing women and persons sensitive to caffeine.