John Tully, former Fire Service Marketing Manager for Scott passed this life on Monday, May 10, 2021, at his home in Lawrenceville, GA. He was 74 and died of a massive heart attack, with no warning and a clean bill of health from his recent medical checkup.

The fact that his sister has recently also died in a similar set of circumstances seemingly validates the familial increased risk for CAD. 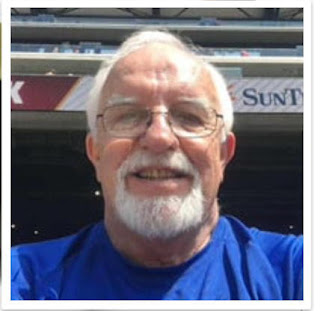 John was a great believer in the Challenge for its emphasis on personal fitness. He earned a length of service retirement with the Columbus (OH) Fire Department, topping out as a Captain.

Along the way, John was awarded a Bachelor's Degree in Marketing, which put him in good sted with Scott.

During the troubled year of 1996 when the IAFF was attempting to thwart the popularity of the Challenge, John, an imposing figure and card-carrying member of the IAFF engaged in verbal combat with Union membership and their myopic viewpoint on personal fitness.

He was the inspiration behind Scott going on record extolling the benefits of a highly spirited, job-related competition that validated the value of above-average levels of fitness where no standards existed.

In retirement, John provided security for the Gwinnett Arena, Ameris Bank and and Amphitheater and the Roxy. John would greet the touring entertainers and ensconce them around the city. John was the kind of guy with whom people felt that they knew him instantly.

John was a Vietnam veteran, having served in the Air Force and an ardent patriot who called out draft dodgers.

John spoke constantly of his love for his family- wife Cathie and daughters for their athletic prowess.

While John had been a regular fixture at FDIC, upon retirement we had to settle for phone calls about twice per year.

John's devotion and dedication to the fire service never abated. We keep looking down the pipeline for a replacement- but guys of his type are hard to come by.