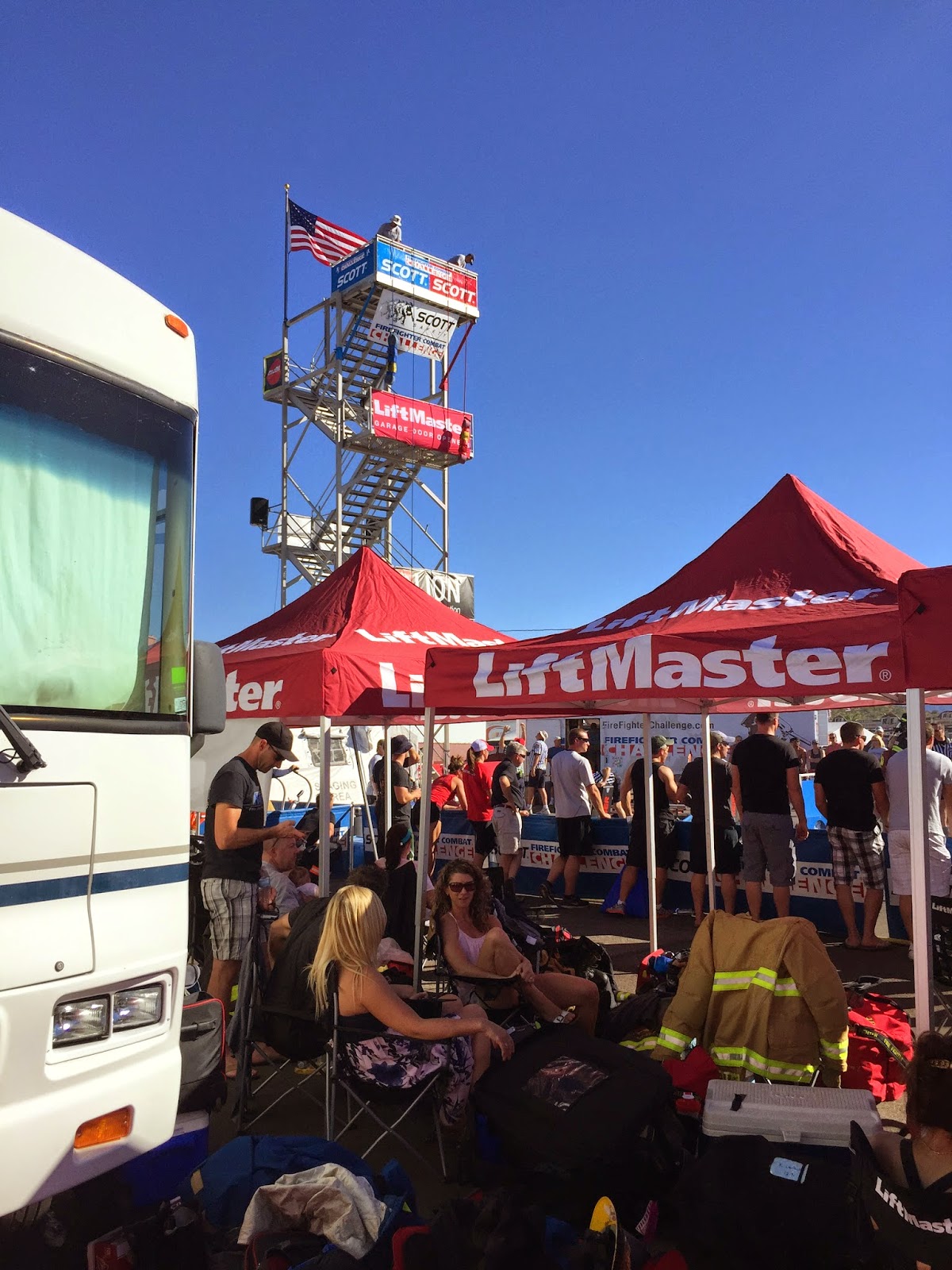 For those of you are following the action of World Challenge XXIII from your particular frozen tundra, welcome to Arizona in November. Temperatures are moderately warm and the relative humidity near zero.

We’re outside of the raceway and when the cars start their engines it sounds like a swarm of very angry bees. Fortunately, we’re a bit removed from our first location which would have made any attempts at communication near impossible.

As I’m writing this, the results of our racing have been posted and Hamilton has bested the Team Total time set by Missoula in the last century.

They’ll be heading home with the Challenge trophy and we’ll soon follow with a great celebration at city hall. We’ll post the date and time as soon as we know it. Jason Cannon of Scott and former Challenge Crew Member will be among the entourage, along with Greg Polka of RWC and Mr, John Granby, VP Lion. 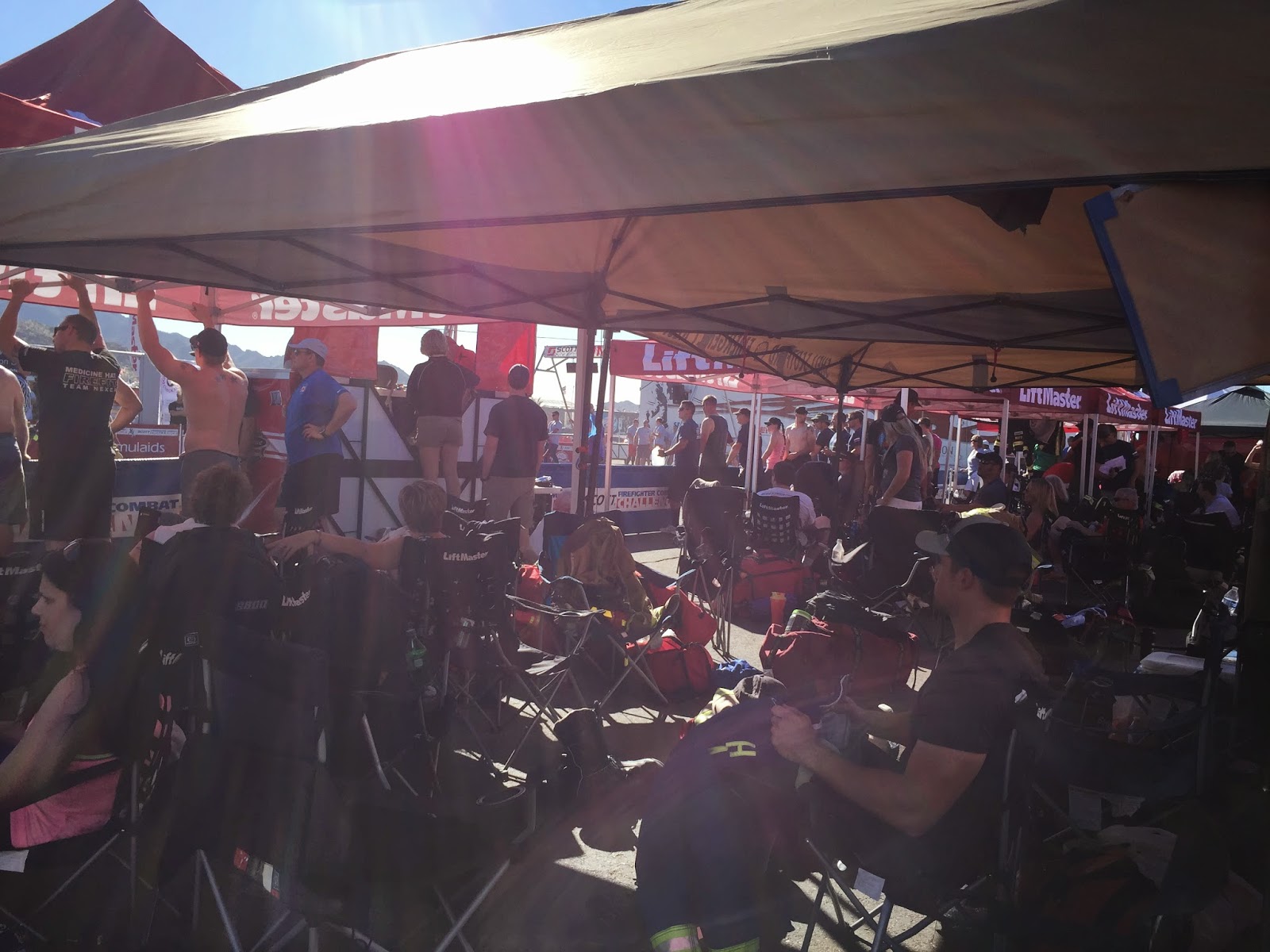 A couple of snap shots here to give you a perspective of the enormity of our foot print. LiftMaster has graciously provided shelter and chairs- a necessity in an environment where there’s not a cloud to be seen anywhere. We have some other amenities that I will capture today as we move into the Tandem and Relay categories.

In toto, we had about four great hours of racing, with an awards show that followed in the shadow of our big red semi. 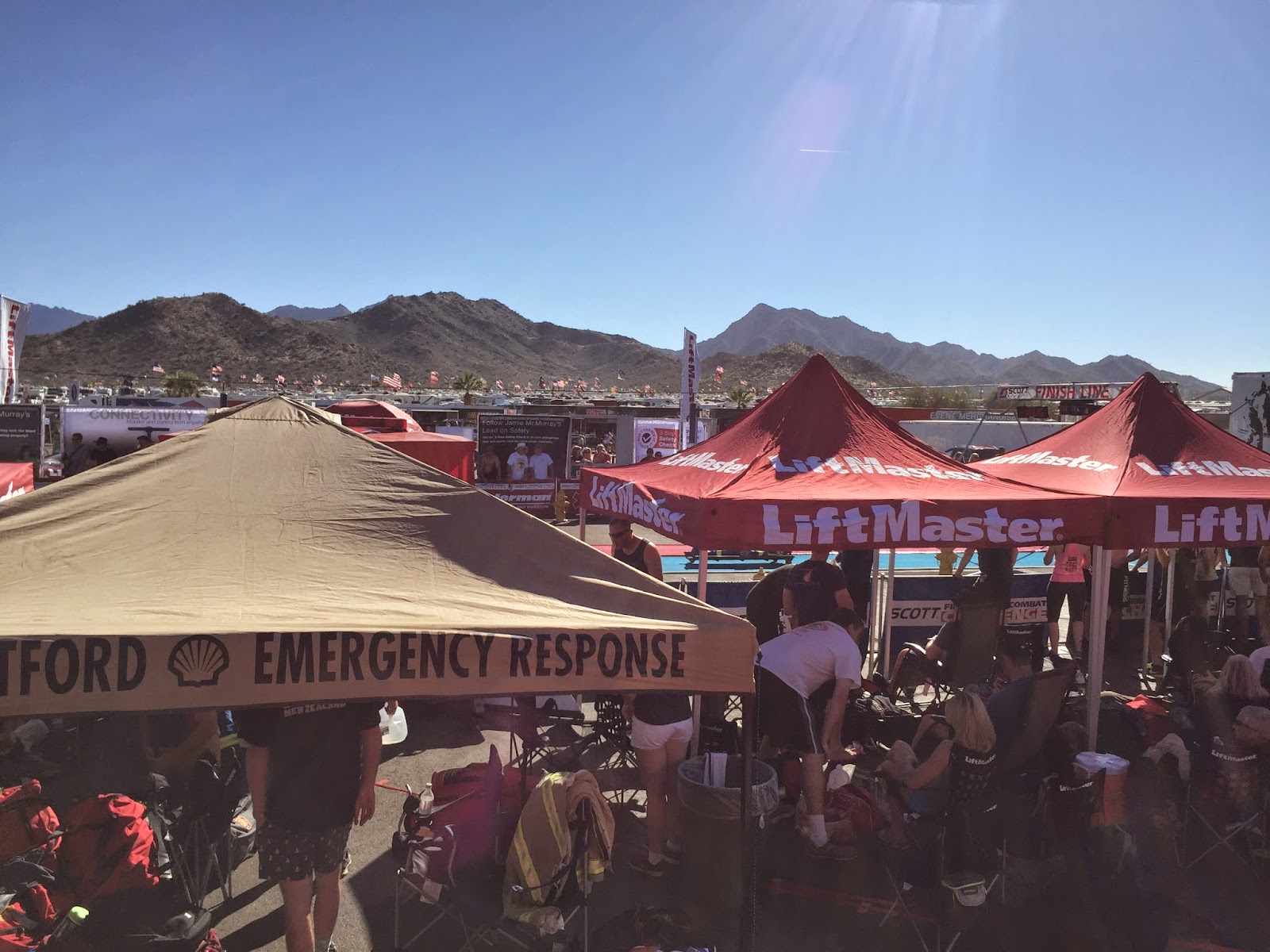 For many of our competitors this was their first trip to Arizona. And for our foreign visitors, a first glance of America. They instantly recognize the terrain from all the Western movies.

Little do they realize that the rest of the country does not bear a resemblance.

The incredibly bear mountains are a striking backdrop for this year’s venue.

The logistics of getting to the site were amazingly easy, despite the fact that there was a wreck on the I-10. When the Berlin team was stuck on the freeway, they sent a text to Mike Weikamm back in Germany so he could translate and forward to one of our German referee-crew members. Think of the significance of that!