The Tricky Thing About the Internet 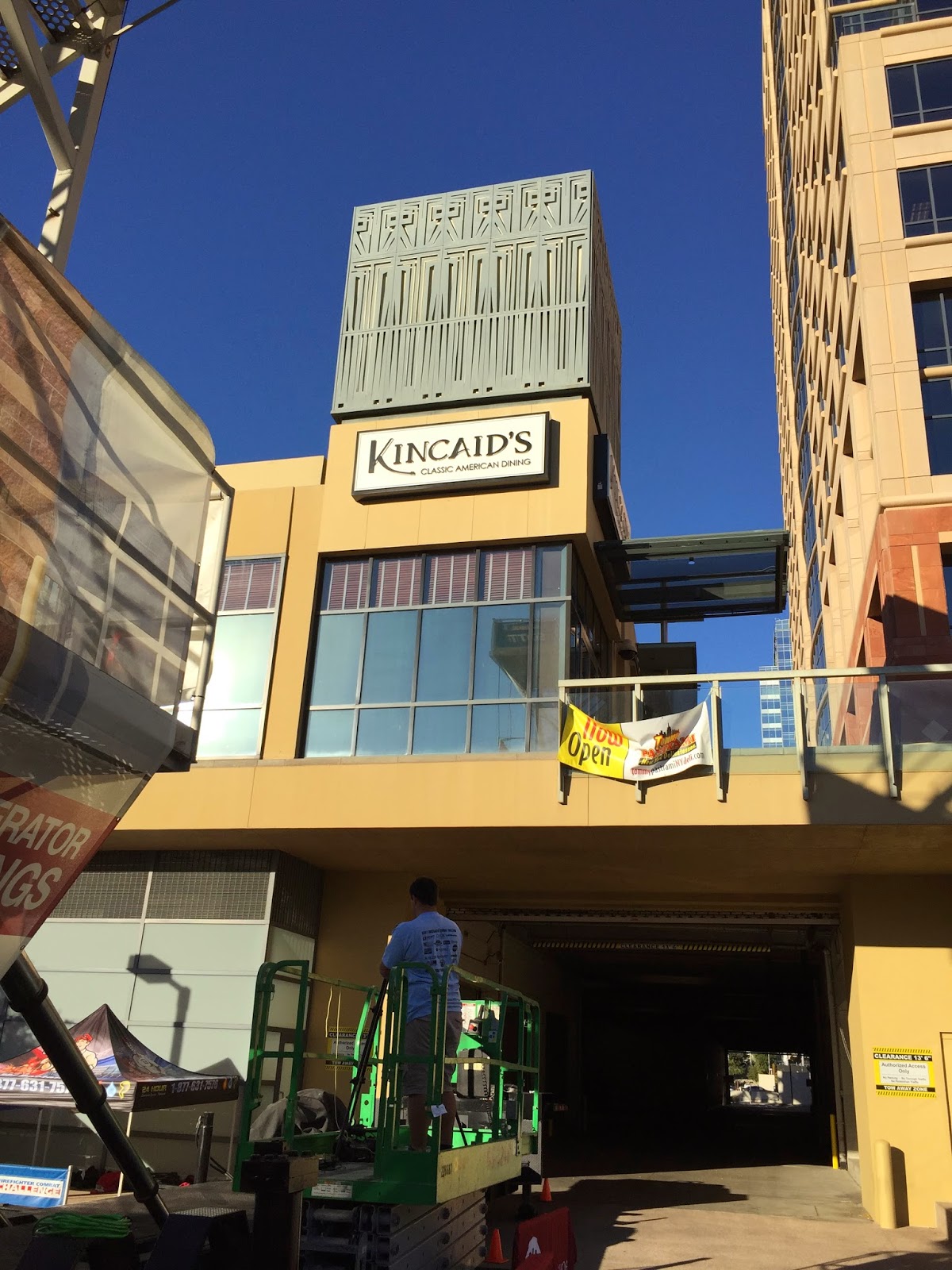 When Ron Beckman and I did our Advance here in Phoenix in what now seems like last year (really, June), we had identified an Internet connection at the Hard Rock Café, on 2nd Street. The HRC will be the site of this year’s Lion’s Den Induction reception. A more gracious host is not to be found anywhere.

Then, we ran into permit problems and had to move over a street. The thought was that we’d have a 1000’ feet spool of Cat5e cable and be able to provide a live uplink for our YouTube broadcast. Well, we should have checked out the Google map because there’s just too many obstacles. So, we began our ground search for an alternative source of connectivity.

I had a conversation with the manager of the Phoenix Convention Center, Kevin Mattingly, who was most helpful. At the same time, Maria Prekeges was talking to the building management company across 3rd Street.

Kincaid’s restaurant (www.kincaid.com) offered free Wi-Fi, with the caveat that we couldn’t run the wire through the dining room. Mr. Mattingly came out to tell me that all Internet services are handled by a separate company and they would drop by.

In the meantime, we’re getting our broadcast tent set up and cameras positioned. It’s virtually impossible to do this until everything else is in position and we can’t have the street for as long as we would really like. With the assistance of the building service staff, we were able to use one of the conduits to fish a line from the roof top service closet through the ceiling and into Kincad’s service closet). Then, we dropped the line off of the roof and into the broadcast tent. So, the pressure is building.

Now, keep in mind, that the Scott Firefighter Combat Challenge live feed is free to anyone in the world with a web browser. And, Lion, our partner does help with the cost of bringing you the daily show. But, we also are sensitive to the fact that there are thousands of fans back home who expect broadcast quality HD.

Well, did you hear the story about how Marriott was fined $300,000 for invoking electronic counter measures whereby they would eliminate any of their hotel guests from using anything but their own in-house service for Wi-Fi? No? Well, standby.

So, the representatives from the convention center show up just about the time that we’re hooking up to Kincad’s restaurant. Now, it’s not the speediest connection as restaurants really just need to upload credit card information. But, it will carry SD TV (standard definition).

The sales reps and his staff of two politely inform me that they can provide us with an adequate uplink for the low, low price of, get this: $7600!

I later find out that these were the co-conspirators in the Marriott fiasco. Last night the crew of 25 ate at Kincade’s.

The manager could not have been more facilitating and apologized that he couldn’t provide us with more speed.

When we move to the track for the Finals, I’ve been assured that we have 20MBS. That should rock.